Last Date of Receipt of filled in Applications: 02nd April 2016 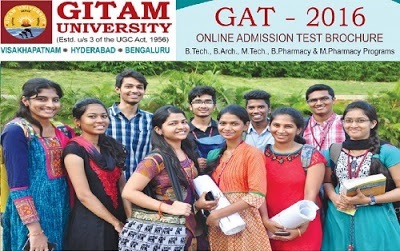 All the applicants for GITAM Admission Test 2016 are suggested to check their eligibility at GITAM’s official website at http://www.gitam.edu/

The candidates who are shortlisted / eligible to appear for GAT 2016, can download their E-Hall ticket through online and appear for the entrance test to be held from 19th April to 08th May 2016.

Candidates are required to check their respective examination centre name, exam date and time in their hall tickets only.